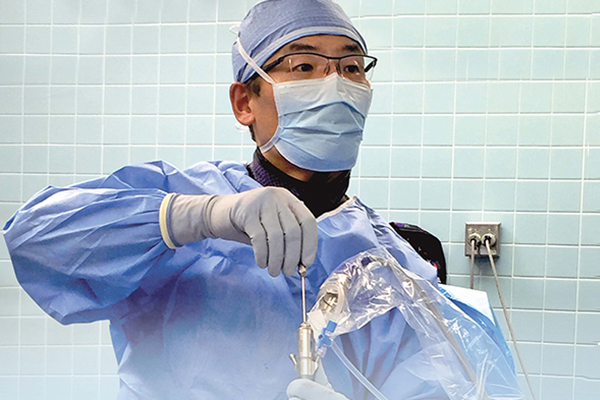 WHAT IS ENDOSCOPIC SPINE SURGERY?

It is considered one of the most innovative surgical techniques to develop in the last 15 years, and Dr. Shen is one of an elite few spine surgeons in the world who performs it. In fact, Dr. Shen has performed more than 4,000 endoscopic procedures with zero complications.

With endoscopic spine surgery, Dr. Shen makes a small skin incision of less than a half-inch and inserts an endoscope – a small tube approximately the size of a #2 pencil – through the incision by gently pushing muscles to the side. The tube houses a light source, irrigation channel, a working channel for micro instrumentation, and a high-definition camera. The camera is connected to a monitor that Dr. Shen uses to view your spine without harming the muscles or ligaments.

To illustrate the difference between endoscopic spine surgery and open surgery and even other minimally invasive techniques, let’s use herniated disc surgery as an example.

Traditional open spine surgery would require a six-inch or longer incision with a retractor used to displace the muscles around the injured disc. Bone and ligaments would have to be cut away to expose the nerves and the nerve root would be pulled away. The injured disc would then be removed to decompress the nerve.

With traditional minimally invasive surgery, the incision is smaller. Additionally, the muscle displacement is much less than with open surgery but some damage is unavoidable.

The same surgery using the endoscopic technique, however, bypasses the invasive nature of spine surgery – even the traditional minimally invasive techniques.

Because endoscopic spine surgery is the least invasive procedure, there is little to no damage to skin, muscle, ligaments, and bone so there is less post-op pain. Since general anesthesia isn’t necessary, there are fewer medical risks and many endoscopic spine procedures can be performed on an outpatient basis. 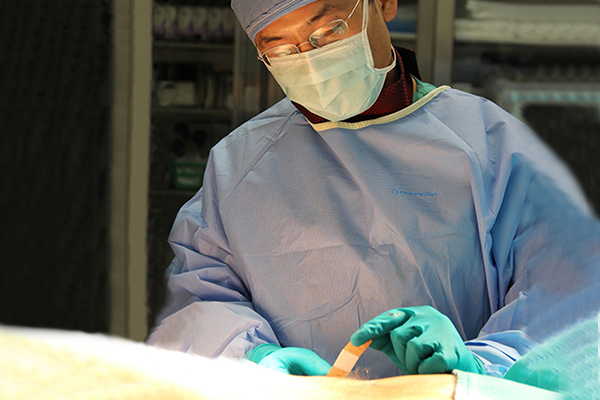